I keep saying this, but it's been too long a time since I updated my project blog. It's not for the lack of progress mind you. Things have been very busy for me lately. I'm not sure if I mentioned it before, but I started a new forum dedicated to all things DLP/SLA www.buildyourownsla.com . I have to say, never expected the explosion of interest! It's only been up for less than 2 months, but there are hundreds of active users (and about 1000 spammers).

Creation Workshop http://www.envisionlabs.net/ continues to advance rapidly, largely due to the herculean efforts of the co-programmer Shai (Thanks man!) . I've had a lot of interest with DLP/SLA printer manufacturers wanting to distribute Creation Workshop along with their printers, and I've been signing them on rapidly. I've devised a plug-in system that allows me to create vendor plug-ins to completely customize the GUI and code for each machine. It also allows me to distribute custom machine and slicing profiles tailored to each machines unique capabilities.

I've been talking with a bunch of groups/ start-ups/ companies about their machines for months, and I'm in a pretty unique position to see exactly what's going to be coming out on the market this upcoming year. I'm under NDA with a few of them, so let's just say that 2014 will be the rise of the SLA machine in the 3d printing world.

That all being said, I've been giving some thought as to how to create the 'Best' machine possible. 'Best' is an arbitrarily chosen words really. 'Balanced' would be a better descriptor. As I noted elsewhere http://www.buildyourownsla.com/forum/viewtopic.php?f=17&t=149 , there will always be tradeoffs between build size, resolution, and print speed. I think I've come upon a good balance between the 3.

What I came up with is a pico-projector mounted on an x/y linear assembly. The projector can expose smaller image tiles on a much larger vat bottom. This allows the pico-projector to maintain a 25micron (or greater) x/y resolution. The vat can be arbitrarily large. This is a good trade-off between size and print speed.

I'm still in the early stages of the build, but it's all coming along nicely.
Shown above are a few parts I'm using for the build. Here's an incomplete BOM of items so far: 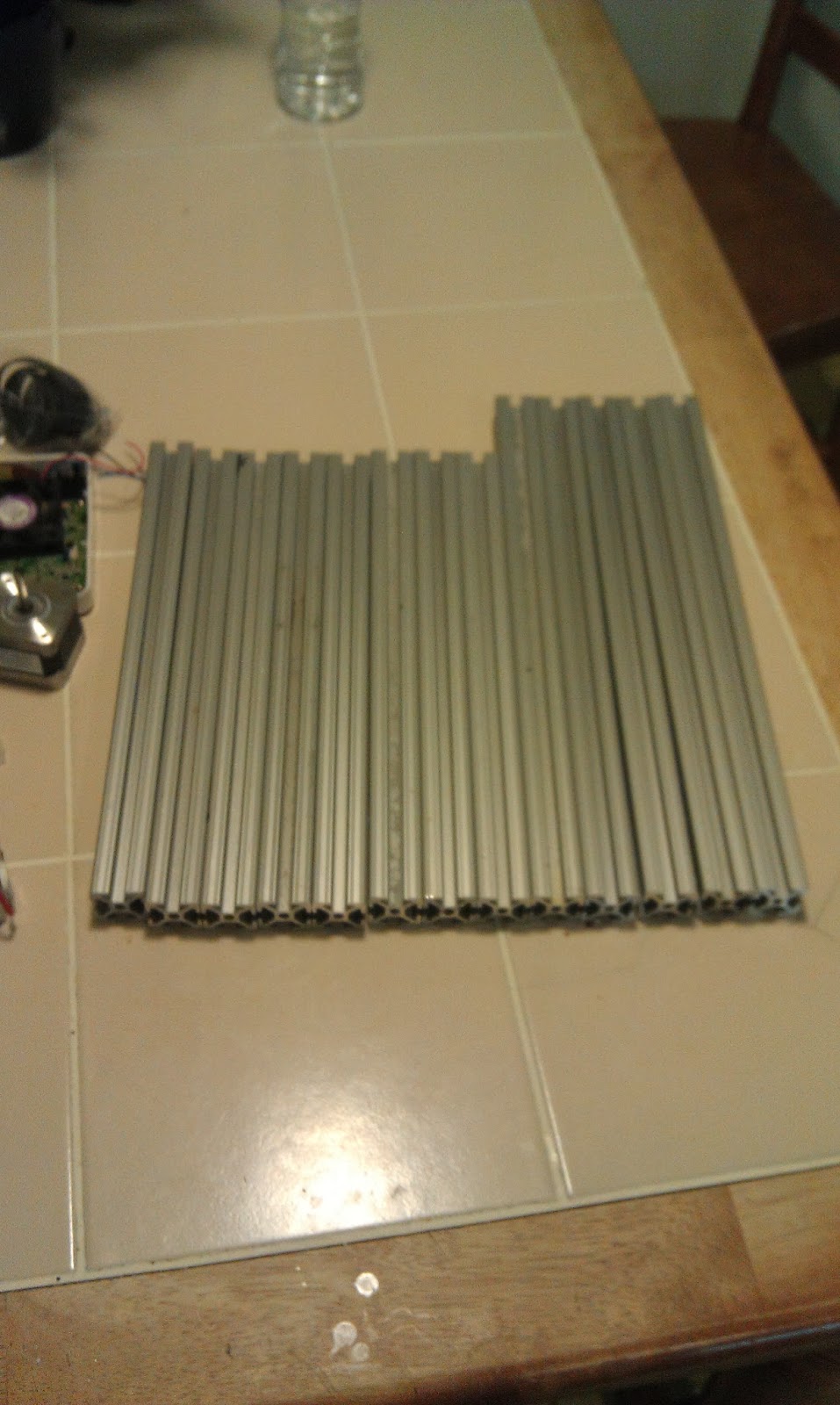 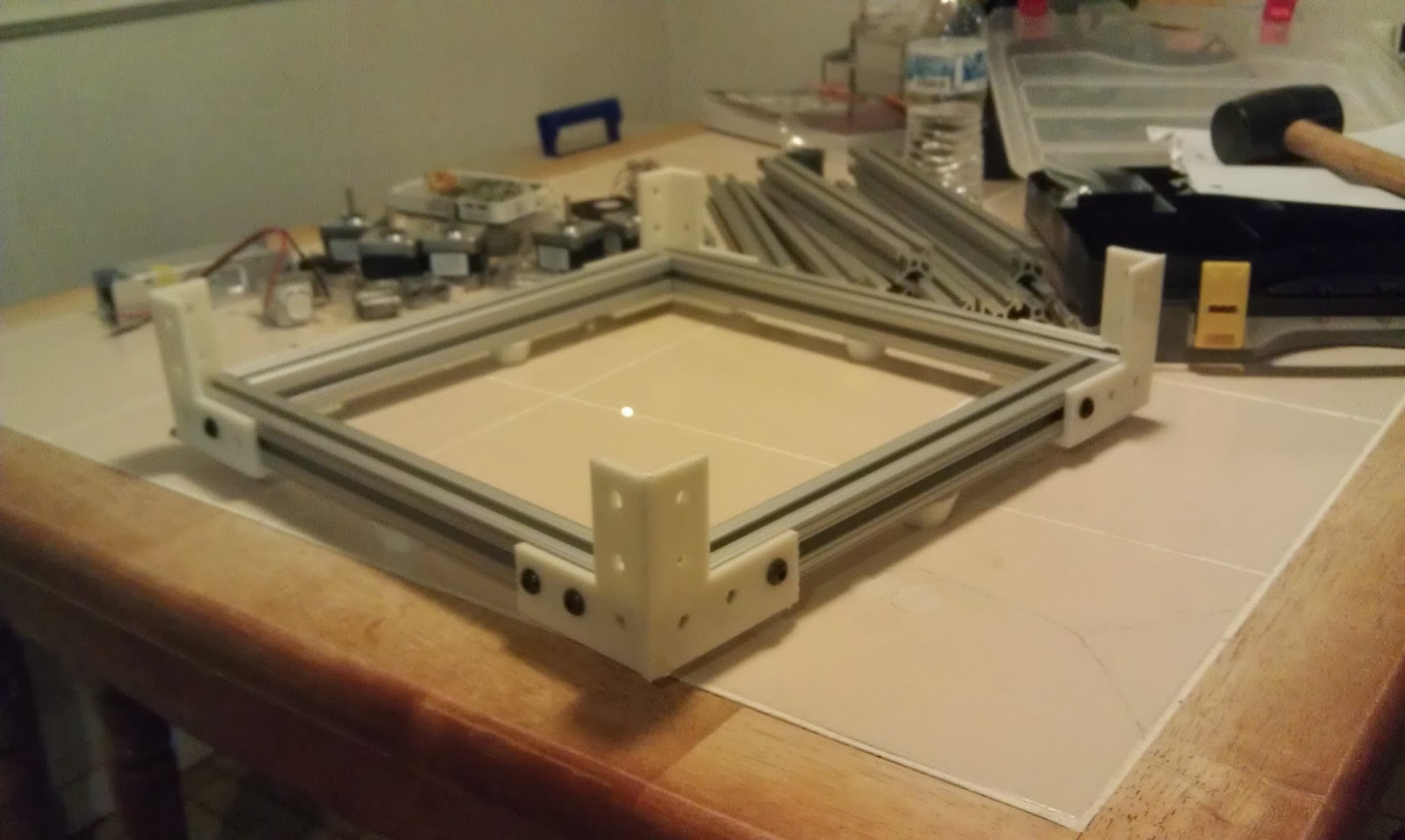 The constructed bottom portion of the machine. Measures 350x350mm.

I'm still waiting on a few more parts in mail:


I'm probably going to do a bit more construction today. Look for the next part of this build soon.
-Steve